One of the finest singers of Nepal Shiva Pariyar was born from Man Kumari Pariyar and Sadhu Ram Pariyar on 22 February 1982 at Hajariya VDC-8, Sarlahi District, Nepal. Musical journey of Shiva pariyar started in 1994,while he won The first prize on district level child song competition on the Behalf of student of shree saraswati secondary school Hajariya Sarlahi.after that the organizers of local level musical concert Started to invite for the child song performance. amazingly, He won the first prize on the same competition second time On1996.these success opened the door of opportunity of Participating on national level child song conference to him. 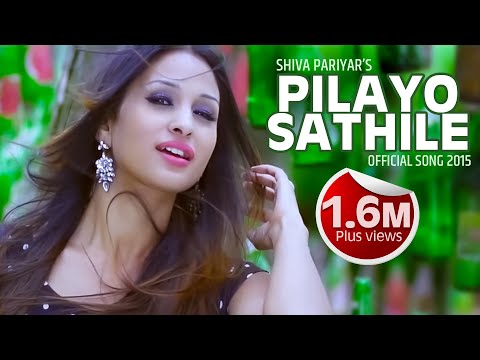 His formal musical journey started He did a classical course, undertaking musical instrument ‘Tabala’ under the mentorship of Guru Rabinlal Shrestha in the year 2000-2003. After that he did one year course on western music guitar under the mentorship of Raj Kumar Malakar. He is also very affluent with ‘Sangeet Visarad’ a dictation of Eastern Classical music vocal which he learned from guideline
of Guru Chandan Kumar Shrestha (2000-2009). He has a sangeet Prabhakar(B muse) undertaking Eastern classical music (Vocal) from Prayag Sangeet Samiti, Allahabad, India (2009-2010) and till the time of this album’s recording Mr. Pariyar is doing his Sangeet Pravin (M muse) under the mentorship of Guru Chandi Prasad Kafle on the Prayaag Sangeet Samiti of Allahabad.

His songs have been well received by the audience, making him one of the most listened singers in Nepal. Therefore, expectations are indeed high from Pariyar’s new music album titled ‘Tadhako Saathi’, the album comprises of soulful songs music composed by Umesh Subba (A German citizen, Nepali by birth).

Shiva Pariyar’s musical journey has been an inspiration for many, as he has not only established himself as a classical, pop, gazhal, folk artist, but is also an established play back singer in Nepali movie.